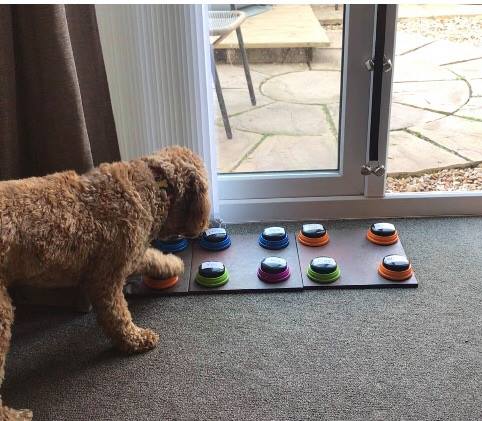 Until last year I wouldn’t have described myself as a ‘dog person’. In fact, as a child I was a little afraid of dogs and have never liked it when dogs jumped up at me. When I met my husband, 5 years ago, he talked about how wonderful it is to have a dog as part of the family, and gradually over time I warmed to the idea. In addition to having a dog as a family pet, I thought it would be lovely if he or she could also be a therapy dog. As a family, we began to give it some serious consideration and a year ago this month, we brought Barney home. I am most definitely a ‘dog person’ now, so much so that we also welcomed Luna to our family a couple of months ago.

Both dogs bring us so much joy and happiness that I genuinely don’t know how I went so long without one (or two!!)

Last year, while I was searching through various dog related social media and webpages, a particular dog made me especially interested - Stella and her owner Christina Hunger (Speech and Language Pathologist in USA). Christina had taught Stella to talk with a range of words, using voice activated buttons. I was fascinated.  I watched lots of her videos and bought a set of buttons for Barney. We introduced four words in an effort to give him a means of communication. We started with outside, water, dinner and treat.

I wasn’t really sure how best to introduce some buttons to a puppy and we generally made it up as we went along. I wasn’t really using my knowledge of language development as I was thinking specifically about the fact he is a dog. Looking back now we definitely didn’t introduce them in the best way. Instead of modelling them in real life situations (as I would recommend when teaching children words), we got the buttons out as specific teaching activities (e.g. for ‘treat’). He did get the general idea though, and we placed the ‘outside’ button near the door, and the ‘dinner’ and ‘water’ buttons near his bowls.

We modelled ‘outside’ every time he indicated he wanted to go outside, and we modelled ‘water’ when we noticed his bowl was empty. We stopped using the other two buttons and I didn’t think much more of it. He was using the 2 buttons functionally, which in itself was a win and I was happy with that. I knew that we would teach him some more words at some point but had not yet given it much thought in terms of which words would be best or when.

Then, this year, when I saw that Christina had written about how she taught Stella to talk, we pre-ordered it straight away. Within hours of it arriving, I’d begun to read it and was enthused all over again at the thought of teaching Barney to communicate with us using buttons. I read the book within a couple of days, using every spare minute I had. When I wasn’t reading the book, I was thinking about which words to teach Barney next, modelling the words and buttons to him, and telling my husband all about my new found information.

‘How Stella Learned to Talk’, gave me lots of ideas about how to introduce the words to Barney as it is written by a Speech Therapist who uses Alternative and Augmentative Communication (AAC) as part of her every day role. The book also made me realise that if I shifted my thinking to what I know about language development and applied it to Barney’s communication, I was able to view him in a new light. I assumed that as I’d been a dog parent for less than a year that I don’t know much about dogs (in the grand scheme of things). I do however, know lots about communication, and I realised that he was doing lots of similar things to children as they develop language. We already knew he understood a range of single words (especially ‘walk’ and ‘carrot’) and he was using non-verbal communication such as bringing a ball and dropping it at our feet if he wanted to play.

This additional information, and the shift in thinking, enabled me to think more carefully about how to introduce words that were meaningful to Barney.

Now, a few months down the line, he has 18 buttons and uses at least 6 of them consistently (water, dinner, outside, play, walk, Luna). The more words we introduce, the more he is trying to communicate with us. We’ve introduced quite a few words over the last few weeks, so as we model them, I expect that his expressive vocabulary will continue to develop.

Luna is not yet using the buttons but she is beginning to show the early signs of being interested in them. She looks at, and explores them when we add new buttons, and she responds to Barney pressing some of them. For example, if Luna is outside and Barney presses the ‘dinner’ button, she comes running in and sits next to her bowl. She also responds in this way to the ‘carrot’ button and looks towards him when Barney presses ‘Luna’. I wasn’t expecting them to use the words with each other so I am particularly interested in seeing how this might develop. I wouldn’t expect Luna to be using the buttons yet as she is in a different phase of language development. Just like young children, she will need to have opportunity for understanding of language to develop before she uses the words expressively.

I plan to continue to write about our journey and I would love to hear from you if you’ve tried to introduce words to your dog too! 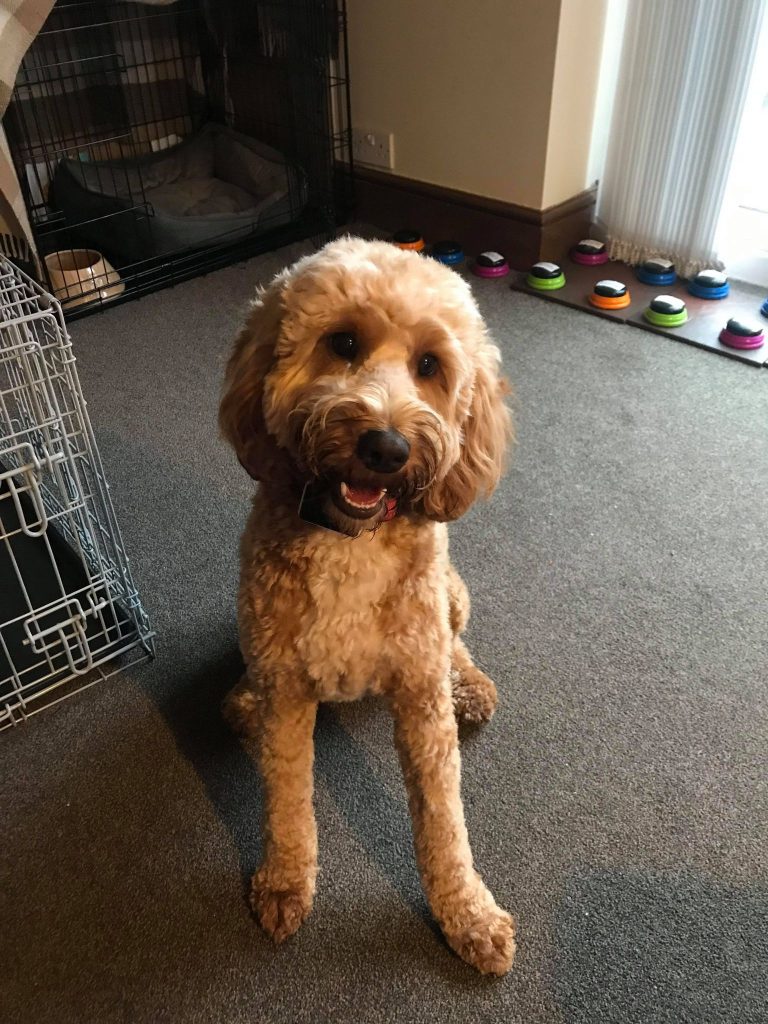 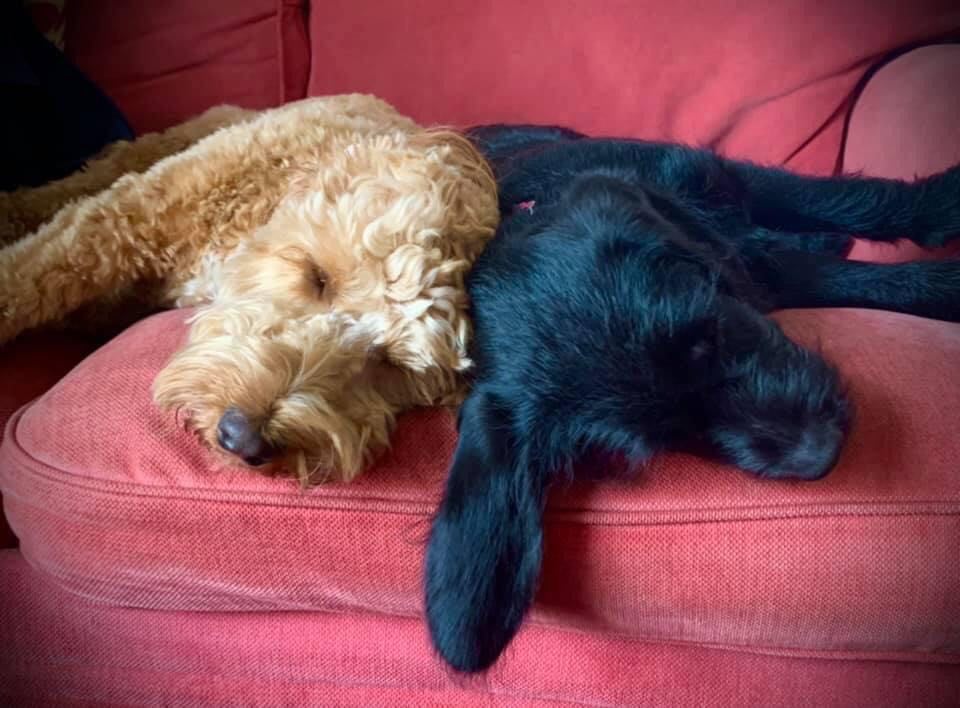